The Internet of things, IoT, is the network of physical devices, vehicles, home appliances and other items. It embeds with electronics, software, sensors, actuators and connectivity which enables these things to connect, collect and exchange data.

The Internet of Things is an environment of smart small hosting devices. This is because they get attached with any device and make them smart device. They are Always, Anywhere and Anytime (As of IoT) connected with each other.

How IOT, the Internet of Things Works ?

IOT consists of all the backup devices that collect and send data which they acquire from their surrounding environments. And so, they  use embedded sensors, processors and communication hardware.

Humans can interact with the gadgets to set them up, give them instructions or access the data. However, the devices do most of the work on their own without human intervention. We made their existence possible by all the tiny mobile parts that are accessible nowadays. 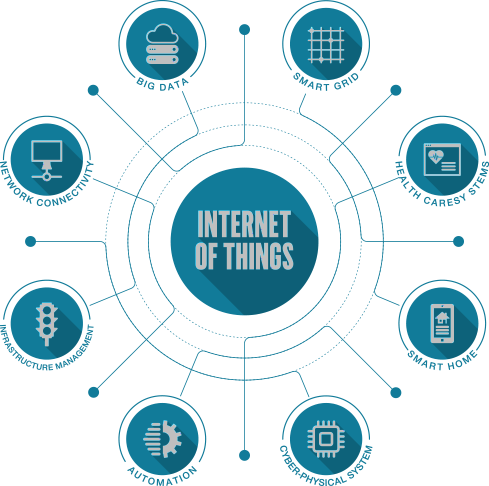 The Internet of Things Ecosystem 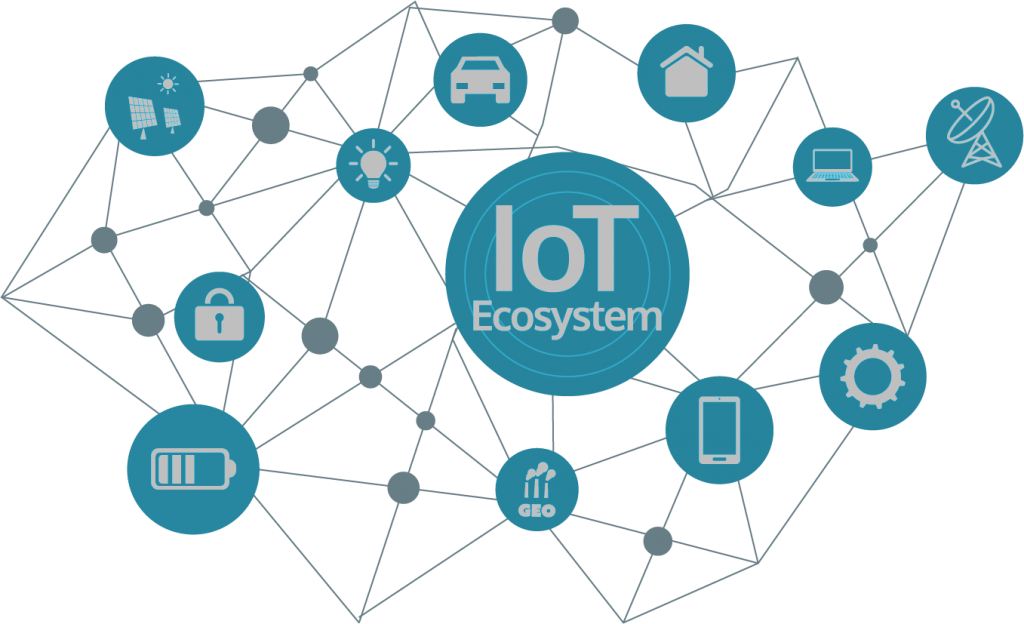 What does Internet of Things (IOT) mean ?

The internet of things (IoT) is a computing concept. As such, it describes the idea of everyday physical objects which have a connection to the internet. And so, they are able to identify themselves to other devices.

The Internet of Things ( IoT ), refers to the billions of physical devices around the world that connect to the internet, collecting and sharing data. Thanks to cheap processors and wireless networks, it is possible to turn anything, from a pill to an aeroplane, into part of the IoT.

This adds a level of digital intelligence to devices that would be otherwise dumb. Hence, it enables them to communicate without a human being involved, and merging the digital and physical worlds.

Move your mouse over the icons for more details.